From the opening kick-off until the final whistle, the SCHS Football Rebels played with the passion, speed, and intensity that we’ve been looking for all season and defeated the visiting and highly ranked Lewis County Panthers tonight 26-15 in front of an appreciative and adoring home crowd. The Rebels tasted sweet victory for the second time this year.

The young men played and were coached as if a fire had been lit beneath them and whipped the Panthers in every facet of the game.

Led by Linebacker Ryan Pinkowski, Lewis County could do nothing on offense and were lucky to get even 15 points against an aggressive, hard hitting, and tenacious Rebel defense.

With a superior ground game that chewed up minute after precious minute, the Rebels running backs Tobias Clark and Jeremy Waters followed an offensive line that fired off the ball play after play after play and pounded that Lewis County defense for all it was worth.  The running backs hit the line hard, like a Mack truck, and punished every would-be tackler.  They made certain that Lewis County would remember the Rebels.

QB Trey Wienk ran the ground control offense that Coach Finley is famous for and left nothing to chance as they gained first down after first down and when the Rebels scored late on a 4th and 1 at the goal line to put the game out of reach, they silenced, once and for all, those annoying cow bells emanating from the visiting side.

Left bloody and battered, the Lewis County players and coaches settled in for what surely will be a very long bus ride home.

The Rebels will celebrate tonight and they deserve it.

PNN would have liked to have seen this fire lit from game one and perhaps the Rebels could have gone to the State Playoffs, as some predicted, but better late than never and this is a win that the players, coaches, and fans can be proud of.

Confidence, attitude, and a noticeable intensity in Rebel eyes are what we saw tonight.

Remember from where you summoned up this intensity and motivation, Rebel players and Coaches.  Bottle it, and then release it again next Friday night.

51 Jesus said to them, “Have you understood all these things?“ They answered, “Yes, Lord.”

52 He said to them, “Therefore every teacher of the law who has become a disciple in the kingdom of heaven is like the owner of a house who brings out of his storeroom new treasures as well as old.”

Some parables are old and hard to understand but we must try to understand them and apply them to our lives today.  Likewise, God says we must uncover new treasures and share new parables, as well.

Jesus made sure to ask his disciples, do you understand?

The Bible, the word of God, is our handbook to salvation.  It is the peace that passes all understanding.  Thank you for sharing it with PNN today. 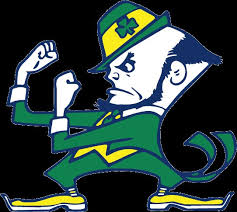 There is a little button at the end of every story on PNN that says, “Leave a Comment”.

Please click on it and share your thoughts.  PNN doesn’t claim to hold a monopoly on the truth, just OUR understanding of it.  We will endeavor to correct any mistakes.

The beauty of PNN is that people can respond at ANY TIME in real time and voice their concerns and, PNN promises, your opposing views will be displayed here on this format.  You can even post anonymously.

In the blink of God’s eye our lives begin, they play out, and then they are over.

How did you live your life?  What legacy, what history, do you leave behind?

Find inspiration in the video below.

God isn’t found just in a building. God is found first, and foremost, in your heart.

God bless you all.