The Pear TreeMy mother was one of ten children born to my grandparents and they lived on a farm in Stewart County Tennessee.  When my mother was just 8 years old her mother died at the age of 42.  After she died my grandfather never married again.  The oldest daughter, my Aunt, was named Birdie and she took on the role of mother to the younger children and did the best that she could raising them.  Aunt Birdie was born in 1916 and she was just 16 years old when she accepted these duties of older sister and mother.  She was a very strong and faithful servant to the Lord.  She lived her whole life putting His will first in everything she did.  Living on a farm, having to work in the fields, and then trying to help with the youngest children was something Aunt Birdie did without ever complaining.  My mother said she never heard her complain one time because she just recognized that it was something that she had to do.

Then, in 1946, she met and married the father of her six children.  Two, of which, lived to adulthood.  The set of twins and two single births died at birth or very soon after being born.  Aunt Birdie and her husband moved into a small house just a stone’s throw away from her homeplace and she continued to help watch over her sisters and brother who were still at home with their father.

My grandmother had 16 children that were born and 10 of them lived to adulthood.  When Aunt Birdie was only 37 years old she had already lost six siblings, her mother, and four children, the last one dying in March of 1953.  Momma said that Aunt Birdie was a beautiful woman.  She was tall and thin with long dark hair that she would pull back in a bun.

Gardening was something that Aunt Birdie loved and her flowers were always so beautiful because she would take such good care of them.  Aunt Birdie also had a fruit orchard behind the house and for some reason she planted just a single pear tree in the front.  This tree was planted sometime between 1948 and 1950 and that pear tree is still there today and still bearing fruit after more than 65 years!

It is still there and so is the memory of Aunt Birdie.

My Aunt Birdie died in June of 1953 just a few months after her last child died.  She was only 37 years old.  The pear tree that she planted has been there to witness almost the entire lives of most all of mother’s family but it has also been enjoyed by 62 grandchildren that are the descendents of my grandparents. 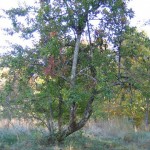 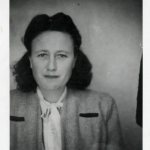 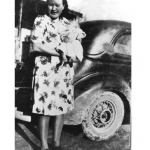 If you were once great, you are forever great.  Greatness is born inside each and every one of us.

One of the last things that Eddie Holman says in this video is, “Thank you, Jesus.  Thank you, Lord.”  This is because Eddie understands that through Jesus Christ, our Lord and Savior, all things are possible.

I will treat every post that I put on PNN from this moment on as if it will be my last. Because, surely, one of them will be.

PNN has lit a fire inside the well fortified nest that the powers that be in this County have been building for a very long time.  One of two things will happen.  Either they will silence me and PNN or we, as a County joined together, will force meaningful change.

Any vehicle that brings people together is a challenge to power.  PNN brings us together.

PNN is truthful.  Unfortunately, sometimes truth can be the most dangerous thing.

I hope you enjoy the video.  Every now and again we all just need to breathe, to relax, to smile, and do the things that make us happy.

God Bless You All.

Known as one of the earlier settled communities in Stewart County, there are several stories as to how Potneck received its name. One version states that there was a crook in the river resembling the neck of a tea pot. If you run down the Cumberland River you will note that this is, in fact, true.  There is a bend, a couple of miles North of town that would have, in the early 19th century, been a lot smaller and a lot more predominant as a tea pot neck.

A more colorful story, however, tells that early in the 1800’s a south side man and a north side man had an argument following a few hours of drinking during a picnic down across the Cumberland River on the north side of Dover. Remember, to go “down” the river is to go north, towards Kentucky.  The southside man walloped the northside one with a skillet.  He gave him a mean lick with a skillet!  Whereupon, the northside man smacked the southside one with a pot that, then, broke to its neck!  He was left holding only the pot’s neck in his hand.

Following this incident, the south side was known as Lick Skillet and later, Lick Creek?  The north side became know as Potneck and the name did not change. Some sort of division line had, apparently, been long established.  Possibly, that division line is now best defined as Highway 79 running East and West and the Cumberland River flowing South to North.

Early settlers of Potneck included the Cherrys, Lewis’, Williams’, Pages, Jacksons, Wallaces, and the Newberrys. POTNECK is located on the east side of the Cumberland River running about 6 miles north and away from Highway 79.  Most people between there and Ft. Campbell declare themselves to be “Potneckers”.  However, I have heard that people from as far away as California have also claimed to be “Potneckers!”.

Stewart List subscriber, Chuck Allen, writes, “Pot Neck is the area just across the river from Dover, actually behind the Headquarters [now, Pit Stop] toward Bumpus Mills, but there are people on and around Bagsby Hill that claim that area as Potneck too. I always considered the whole area as Potneck myself.”

Most everyone living there, if asked, would be proud to be called a “Potnecker”.